What are you looking for?

Keith Cephus is an international wedding and celebrity photographer based in the Virginia Beach area.Â He has been shooting professionally for more than twenty years and has traveled the world photographingÂ weddings in Hawaii, Jamaica, St. Lucia, Mexico, Puerto Rico, Antiqua, Bahamas, Anguilla and the exclusive Villa by Barton G at the Versace Mansion in Miami.Cephus' work has graced the covers and been featured in numerous publications suck as American Bride, Destination Weddings, Modern Bride, Destination IDO, The Knot, Vow, Essence, Premier Bride, Munaluchi Bride and Hampton Roads Bride.Â His celebrity clientele include Commander in Chief Barack Obama, NFL quarterbacks Michael Vick and Aaron Brooks,Â Grammy Award-winner Chad Hugo andÂ NFL Defensive Tackle Darryl Tapp.Â His work has awarded him numerous awards such as 2013Â â€œBest of Weddings by the Knot, 2013 Brides Choice Awards by Wedding Wire and the prestigious Two Bright Lights, â€œEditorsâ€™ Choice Awardâ€ this year.

By Land and By Sea by Keith Cephus Photography

"Through the Lens of Keit

Be the first to review this item! 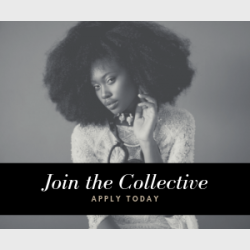 Give us some details and we'll match you with one!